How has this year’s version of our Santa period gone?

Quite good, and in line with the recent historical returns. The returns have been 2.65%.

How has the January Effect gone so far this year, and is the effect really borne out in the data?

It has long been said “As January goes so goes the year goes”.

While the adage has an attractive success ratio, it is certainly not fail-safe. Of course,  past performance is no guarantee of future results. According to Nasdaq Dorsey Wright:

The “wrong bias” tends to give support to being “wrong positive,” that is, a negative January has posted a positive full year 9 out of 12 times. Still strongly stacking odds in investors’ favor.

There is research to support the January bias using historical data going back to 1950, and we have outlined some of the more relevant bullet points below.

The below graph show the prior 73 years of data to reflect the actuality of the January Barometer. To read more about this concept, you can review this piece published by stocktradersalmanac.com. 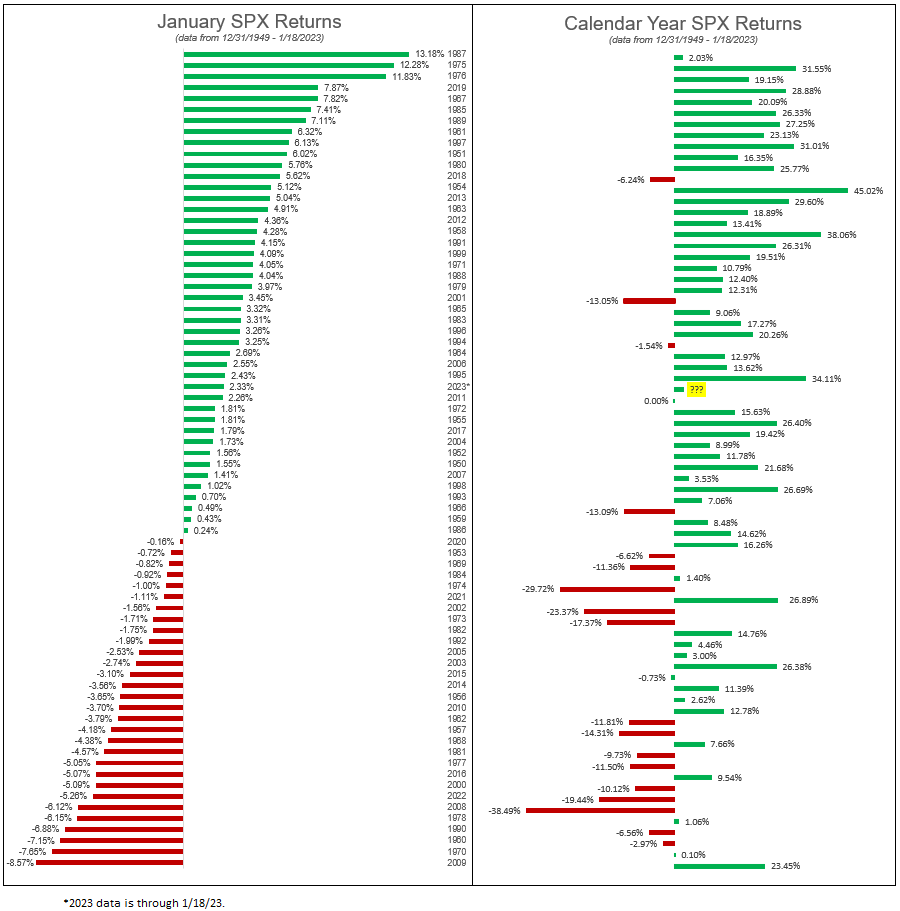